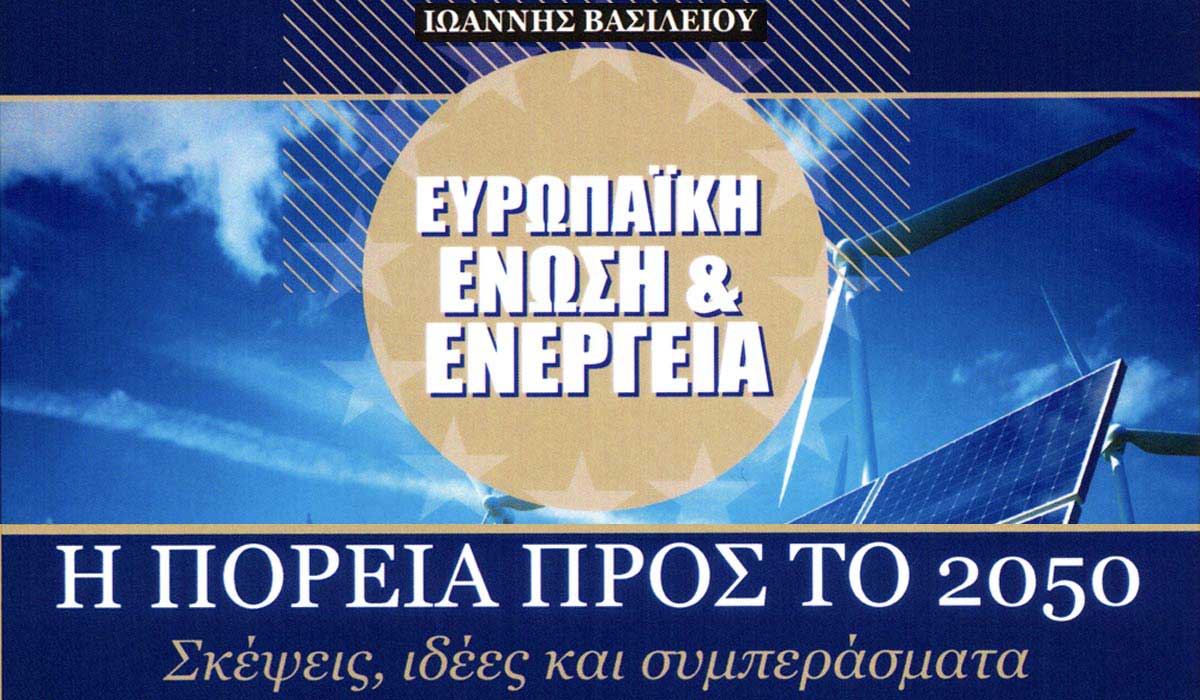 Please note that this book is no longer available in the market due to the fact that the cooperation betwen Dr. Ioannis Vasileiou and the publishing house Historical Quest has ceased.

Energy efficiency, energy cost, supply problems, climate change confrontation and the best possible exploitation of renewable energy sources are the most important factors for a rational European Union energy policy and at the same time the starting point for mapping out specific targets, towards a safer and more competitive energy system.

In this book, the entire European Union energy policy mechanism is being examined in detail, all institutions, committees and agencies related to the energy policy are being critically analyzed, the current situation is being described and the future strategy until 2050 is being mentioned. The target is the extraction of fruitful conclusions not only for the present, but also for the future of the particularly neuralgic energy issue, in combination with the continuous economic crisis and the overall sociopolitical instability of our era.

Apart from the introduction, the book consists of six more chapters. In Chapter 2, there is a reference to the European Coal and Steel Community (ECSC) and the European Atomic Energy Community (EAEC or Euratom), which were the pioneers regarding not only the Union’s energy policy, but also the attempt to become the starting point for the dream of European Unification.

We should not forget that a few years earlier, Europe had exited demolished and collapsed from the Second World War ashes. An intense climate of uncertainty and reservation concerning a) peace preservation and b) whether cooperation between the majority of the countries and the former “deadly enemy” in both world wars West Germany could be possible, was more than evident everywhere.

Of course, post-war West Germany was totally different compared to the pre-war one, but memories of the dead people and ruins were still fresh. It was expected that particular concern would exist in the context of French-German relations and if those two countries could ever be able to harmoniously cooperate, taking into account the bloody past that separated them.

Ever since the Euratom establishment, the fact that its scope was limited to the nuclear energy sector, strictly and only for peaceful use, was continuously underlined. That specific declaration outlined in the brightest possible way the stressful situation of that particular era, combined with a certain lack of trust as far as the probable use of nuclear energy from a country for military purposes was concerned.

In Chapter 3, we reveal “The Importance of a Rational Energy Policy for the European Union” with an emphasis on the short-term and long-term EU objectives for the current, extremely problematic issues, such as supply, climate change, greenhouse gas emissions, energy efficiency, energy cost and renewable energy sources. The confrontation of the above-mentioned issues has to be immediate, but it is particularly difficult, due to the general climate of instability that exists all over the world.

In Chapter 4, we refer to the “Main Institutions and Committees which determine the Energy Policy of the European Union”, which are the European Parliament, the Council of the EU, the European Commission, the European Economic and Social Committee, the Committee of the Regions and the European Investment Bank.

Chapter 5 is titled “The Foremost Agencies of the European Union in the context of Energy Policy and the ITER Target”. Its objective is the thorough analysis of a) the Agency for the Cooperation of Energy Regulators, b) the Euratom Supply Agency, c) the “Fusion for Energy”, d) the Executive Agency for Small and Medium-sized Enterprises, e) the Innovation and Networks Executive Agency and f) the Fuel Cells and Hydrogen 2 Joint Undertaking.

In this chapter, emphasis is given to the critical examination of “Fusion for Energy”, combined with the explanation of the extremely important initiatives “International Thermonuclear Experimental Reactor-ITER”, which in Latin also means “the way” and “Joint European Torus-JET”. The objective is to clarify how fusion energy can contribute to a more efficient future energy policy, of course without meaning that the current policy is regarded as ineffective or imperfect.

Finally, in Chapter 7, the main “Concluding Remarks” are being drawn, regarding EU prospects, pursuits and already achieved objectives. Through the conclusions and the bibliography, we are optimistic that we offer the reader the footing to continue the study, adapting it appropriately to the continuously changing evolutions.

Chapter 2: The European Coal and Steel Community and the European Atomic Energy Community

Chapter 3: The Importance of a Rational Energy Policy for the European Union

Chapter 4: Main Institutions and Committees which determine the Energy Policy of the European Union

Chapter 5: The Foremost Agencies of the European Union in the context of Energy Policy and the ITER Target

Chapter 6: Looking to the Future: The Energy Roadmap for 2050