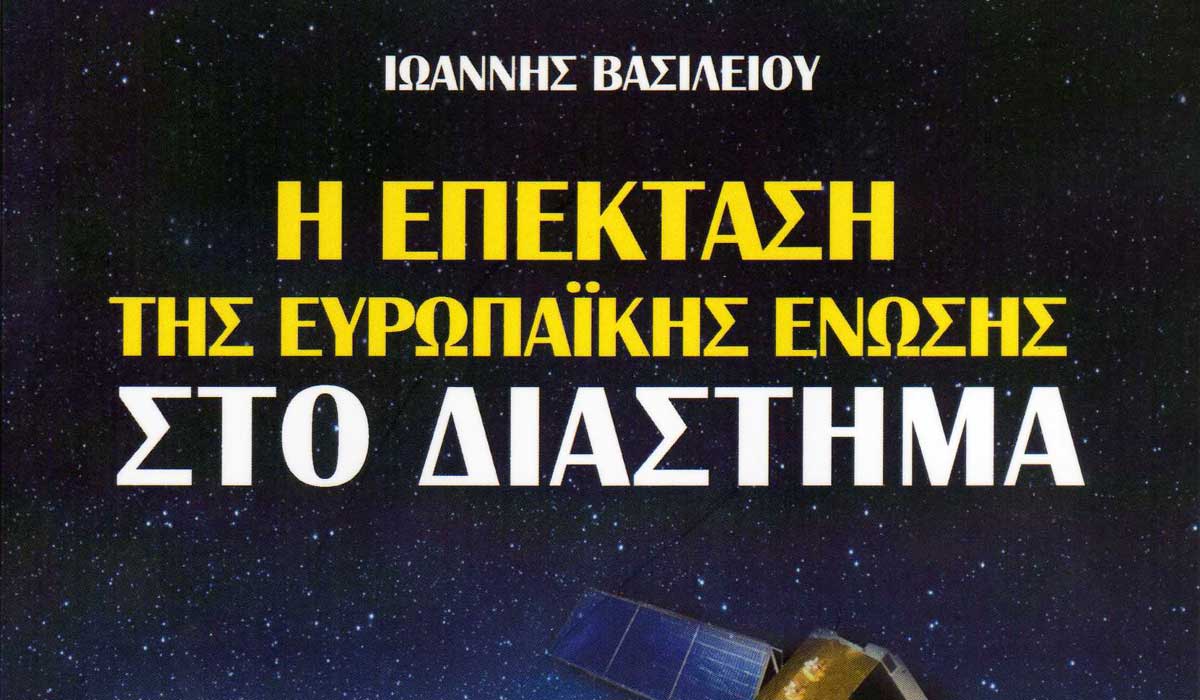 The expansion of the European Union to space, as well as the promotion of scientific research for space in general have always been imperative targets. The rational exploitation of space is connected with an enormous range of sectors in our planet, such as television, telecommunications, financial systems, climate change, health, unemployment, defence, security, energy management, meteorology, the monitoring of the atmosphere and the marine environment, environmental protection, natural resources management, industrial competitiveness, air and maritime navigation, railways, agriculture, biotechnology, recycling, forestry, the confrontation of disasters, the danger signals, the rescue operations, the political protection, the cases of crises or emergency, the traffic, transport, urban planning and tourism.
The objective of this book is on the one hand to critically analyze how the European Union has managed to place space in the service of its citizens and on the other hand to offer the reader the opportunity to draw conclusions regarding its degree of success, existing difficulties and future prospects.
This book has received positive reviews by the Bulletin Quotidien Europe and in particular the “European Library”.
Below, you can read the reviews about the book (Agence Europe S.A.-Bulletin Quotidien Europe-European Library No. 11879/1194, Tuesday 10 October 2017).

Furthermore, below you can read more reviews about the book (Agence Europe S.A.-Bulletin Quotidien Europe-European Library No. 12002/1218, Tuesday 17 April 2018). 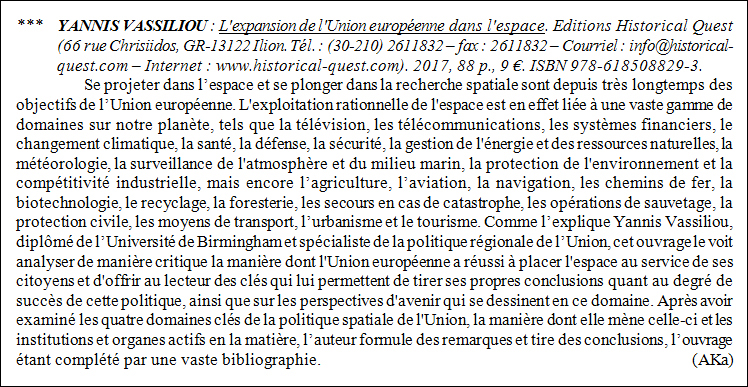 Chapter 2: The Practice of the European Union Space Policy: Principal Institutions and Agencies