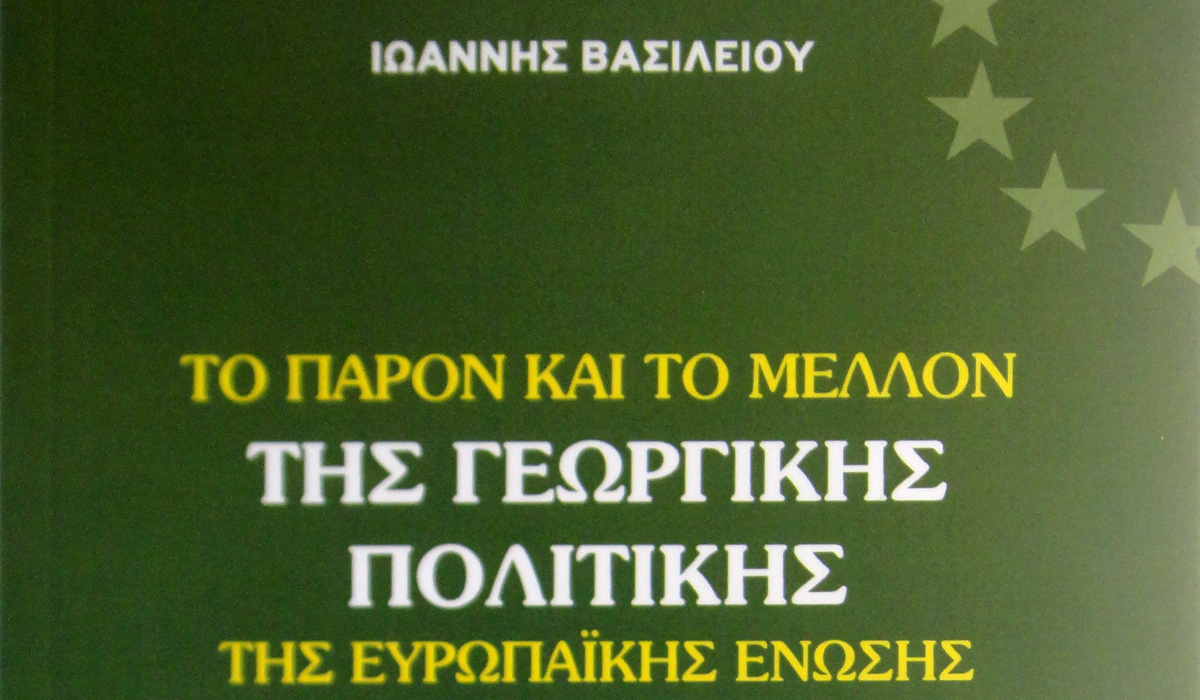 The Common Agricultural Policy (CAP) has traditionally been one of the most neuralgic sectors and at the same time one of the biggest challenges in the context of the European Union. Issues, such as food production, food security, the effective management of natural resources, environmental protection, climate change, the viability of rural communities and the preservation of the countryside are vital elements of our economic and social reality.

This book critically analyzes the main components of the agricultural policy of the European Union and their impact on producers and consumers. The target is to draw conclusions, both about the current situation and the future prospects. In this book, Ioannis Vasileiou presents many tables and figures in order to enable the readers to understand the main concepts in a more systematic way.

Apart from the introduction, this book consists of seven more chapters. In Chapter 2, there is “A Brief Historical Overview”, where all the important pursuits, reforms and readjustments, from the establishment of the CAP till nowadays, are being critically analyzed.

In Chapter 3, “Main Institutions, Committees and Financing”, an examination of the general structure of the EU CAP system takes place. The target is the simplest possible analysis for the understanding of an indeed complex system concerning the allocation of roles and responsibilities. The normal and effective function of the agricultural policy in the EU context is the main aim.

In Chapter 5 there is a presentation of the “Production of Basic Agricultural Products and Food Items in The European Union” and more specifically we focus on 14 basic agricultural products and food items being produced within the EU during recent years. At the same time, we comment on the total production of the 14 aforementioned products and food items in Greece from 2003 till 2013, in order for conclusions to be drawn.

In Chapter 7, a description of “The Common Agricultural Policy Towards 2020” takes place. The main targets, combined with the primary guidelines of the CAP towards future development are being stated.

Finally, in Chapter 8, some “Concluding Remarks” regarding the present and future of the CAP in the context of an already enlarged EU are being presented.

Also, this book has received positive reviews by the Bulletin Quotidien Europe and in particular the "European Library".

Chapter 1: Which is the Concept of the Common Agricultural Policy and Why It Is So Important

Chapter 5: Production of Basic Agricultural Products and Food Items in The European Union